The Effect of Sire Selection on Does’ Production

A great article that is worth sharing and considering for your dairy goat breeding program!

The Effect of Sire Selection on Does’ Production
Study carried out, 1978-1981
David Funk

Most of us are aware that using a top-quality sire is the best way to obtain an improvement of daughter over dam in our herds. However, few have ever recognized that mate selection may play a part in determining the production of the doe herself.
There appears to be a direct relationship between the production genotype of the sires used and the production developed by does to which they are bred, in most species of lactating animals.

One of the main controls to milk production is found in the number of milk synthesizing cells in the mammary system. These cells are developed to a great extent during the second half of gestation in response to a number of internally presented stimuli. One of the major significant stimuli involved in this development is the hormone production of the fetal/placental unit.

It is important to realize that genetically the placenta is a portion of the fetus, not the dam. Thus, a fetal/placental unit with a lower genetic potential for lacteal hormone activity could lower the development of milk synthesizing cells in the dam. In this way, the genetic makeup of the sire of a fetus may well affect the milk production of his mate after freshening.

In mammals alveoli are the basic areas of milk production, and during pregnancy, they gradually replace fatty tissue. Alveoli group together to form globules, and these are agents of production. At the end of lactation alveoli shrink, but then are re-stimulated to new growth and production by placental hormone production in the terminal stages of the succeeding pregnancy.

The placenta produces significant quantities of progesterone and estrogen, but the hormone most important for milk secretion is placental lactogen, which is only produced in the placenta. It is the most important single factor in determining pre-freshening development of milk synthesizing tissue.

Dairy type animals have been observed to have clinically highers levels of placental lactogen than animals bred for meat production, although both increase production of the hormone in the late third of pregnancy. Placental lactogen acts by inducing formation of prolactin receptor sites. These sites help the mammary system utilize prolactin, the hormone that stimulates and maintains lactation. In dairy cows, studies show that the higher the lactogen level, the greater the level of milk production in the subsequent lactation.

The fetal production of this hormone is a phenotypical, genotypical expression of half maternal and help paternal genetic inheritance, as well as the internal environment in which it exists. Research on 69,500 cows, carried out in Norway by Kkjervold and fimland in 1975:
http://links.jstor.org/sici?sici=0006-341X%28197803%2934%3A1%3C123%3AAGMIFE%3E2.0.CO%3B2-C&size=LARGE&origin=JSTOR-enlargePage
showed up to a 13% lower production in groups where a beef type bull was used on dairy cows. Individual variation was even more pronounced. In 1977, a study at the University of Florida showed similar results, though with a less pronounced variation.(Adkinson)

These studies seem to indicate that the sire used can have a serious effect on production for the subsequent (and all future) lactations. This is because the placental hormones have such an important effect on udder development. Since previously virgin dams are developing their first mammary systems, the effect on them is significantly more severe. It’s ramifications for the animal’s lifetime production are potentially far reaching.

In an effort to ascertain whether, and to what degree this research is applicable to dairy goats, in the fall of 1978, we at Chenango Hills, started our own study. We used records of full sisters, twins, and triplets who freshened at the same age and stage of development to test the validity of the research when applied to dairy goats.
We observed an even stronger correlation than the cattle research indicated. This could be because there is even more variation of genotype between the sires in the dairy goat industry than is found in cattle, who benefit from a longer period of intensive improvement.

Thus, senior kids and dry yearlings who frequently receive the poorest untried mates probably should command the most desirable, proven sires for their first matings, in order to maximize stimulation by placental lactogen in developing lacteal tissue, and increasing mammary development and thus milk production.

Over a lifetime, it appears a doe’s matings could make a cumulative difference of up to 20% in her lifetime production, based on our records. A second year’s breeding to an inferior sire increases the difference compared to the first.

Our results leave little doubt that mate selection is one measurable factor influencing production in the following lactations. This fact could be of tremendous significance for the dairy goat industry. Even if replacements will not be raised, using strong production bred sires could help increase long term production of does, and hence profitability in the dairy.

*Note: This research took place long before the advent of Boers and other improved meat breeds. Therefore the increased value of crossbred meat kids probably must be considered compared to the value of increased milk production in making sire selection decisions.

More from the blog 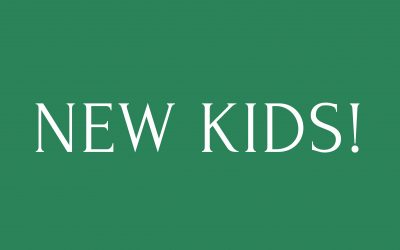 Feeding goats – what do our dairy goats eat?