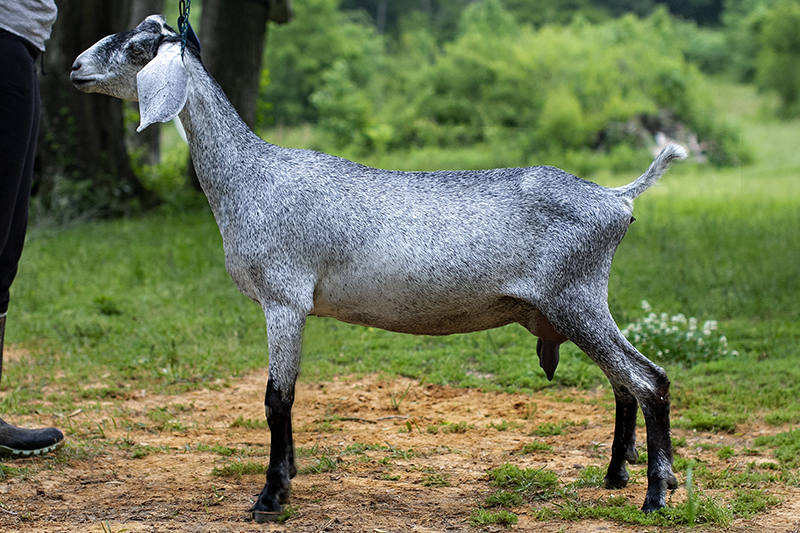 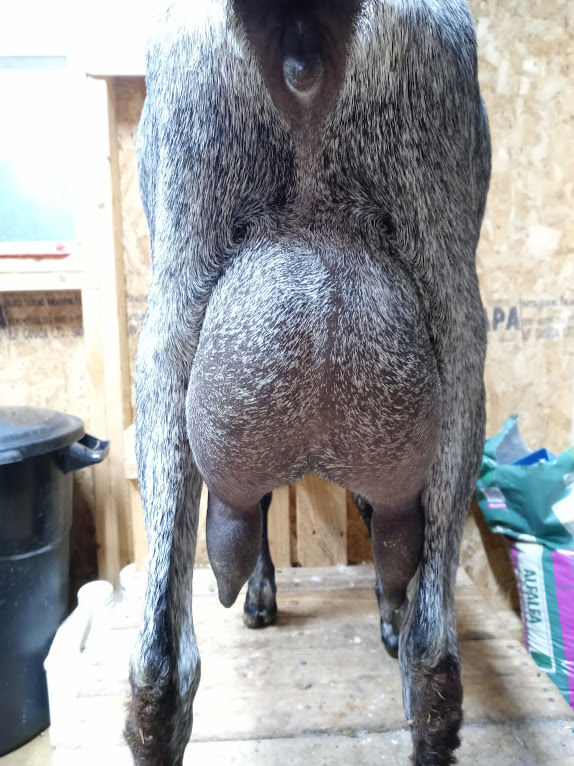 Lulu is our first homebred doe moving forward with our new lines. We are thrilled with the improvement we have seen already with her just as a doeling.

Her sire Kulani was here on lease. He is Goldthwaite bred through Queenacres. Owned by Over the Moon Nubians. He is very wide, carries that width to his kids, beautiful in breed character, long and level and scored 85VVV on his first appraisal. We have been happy with what we’ve seen him put out. Unfortunately, his dam passed shortly after his birth so we don’t have udder pics from his dam. So far we’ve been happy with the udders his daughters have started.

Lulu’s dam Mercy is a very exciting doe in our herd. She freshened at 18 months and has a very lovely udder, well attached and socked on. She’s willing to milk and hasn’t lost weight due to milking. She comes from Six M Galaxy Noel’s Magi lines and heavy milk. Mercy freshened with her 2F udder as shown and we are even more excited for this doe! Mercy doubled her production from 2019 already. As hoped, Kulani increased the width in Lulu.

Lulu’s FF udder shown above is from 10 weeks fresh. Absolute divine udder texture and orifices! Her teats stay filled as you milk. Socked on udder with smooth fore. Very excited with Lulu’s FF udder and looking forward to seeing it develop over the next few months and years!

Pics below:
Dam’s udder, Sire (no udder pic form dam’s sire as she died shortly after his birth) 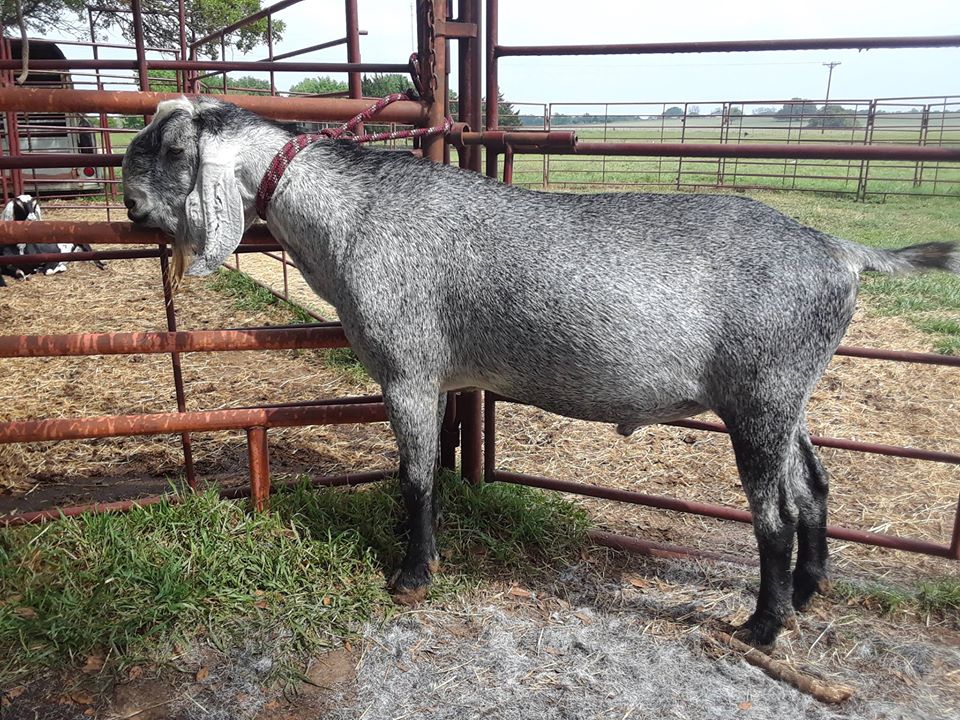